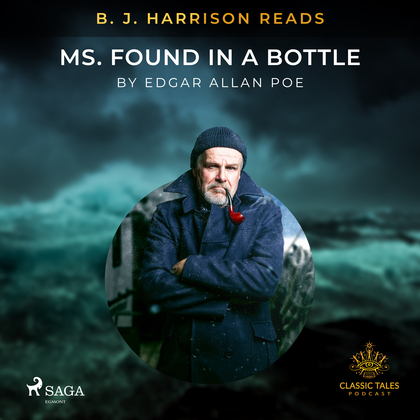 In "MS. Found in a Bottle", one harrowing event seems to take place after another. Our narrator is a man who has become alienated from others and his country. He steps aboard a cargo ship from Batavia, which crashes into stormy conditions that send most passengers into the water. Surprisingly, the narrator stays on board, only to find himself face to face with a new disaster. During his struggles, he logs his experiences into a journal, which he casts off to sea. Edgar Allan Poe's short story from the 19th century explores the human mind, as it finds itself in extreme conditions, this time accompanied by the voice of B.J. Harrison.