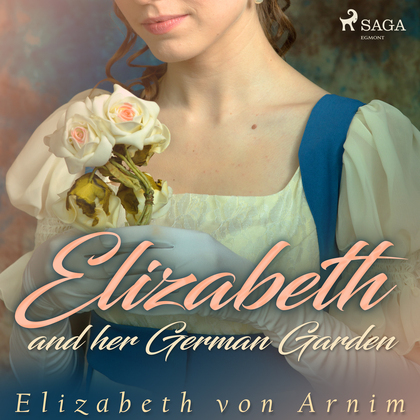 Elizabeth and her German Garden

Elizabeth von Arnim?s novel "Elizabeth and Her German Garden" was first published in 1898. It was instantly popular and has gone through numerous reprints ever since.
This story is the main character Elizabeth?s diary, where she relates stories from her life, as she learns to tend to her garden. Whilst the novel has a strongly autobiographical tone, it is also very humorous and satirical, due to Elizabeth?s frequent mistakes and her idiosyncratic outlook on life. She comments on the beauty of nature and shares her view on society, looking down on the frivolous fashions of her time and writing "I believe all needlework and dressmaking is of the devil, designed to keep women from study."
The book is the first in a series about the same character.

Elizabeth von Arnim (1866?1941), née Mary Annette Beauchamp, was a British novelist. Born in Australia, her family returned to England when she was three years old; and she was Katherine Mansfield?s cousin.
She was first married to a Prussian aristocrat, the Graf von Arnim-Schlagenthin, and later to the philosopher Bertrand Russel?s older brother, Frank, whom she left a year later. She then had an affair with the publisher Alexander Reeves, a man thirty years her junior, and with H.G. Wells. Von Arnim moved a lot, living alternatively in the United Kingdom, Switzerland, Germany, Poland, before dying of influenza in South Carolina during the Second War.
Elizabeth von Arnim was an active member of the European literary scene, and entertained many of her contemporaries in her Chalet Soleil in Switzerland. She even hired E. M. Forster and Hugh Walpole as tutors for her five children. She is famous for her half-autobiographical, satirical novel "Elizabeth and her German Garden" (1898), as well as for "Vera" (1921), and "The Enchanted April" (1922).