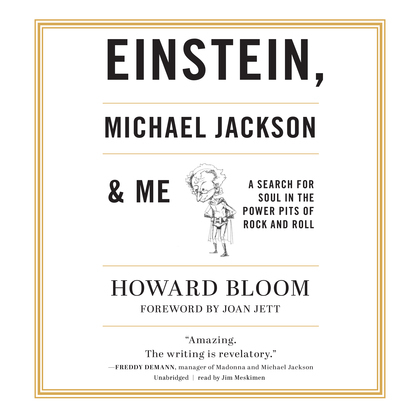 What was he after? He was on a hunt for the gods inside of you and me. Einstein, Michael Jackson & Me is Bloom?s story?the strange tale of a scientific expedition into the dark underbelly of science and fame where new myths and movements are made.