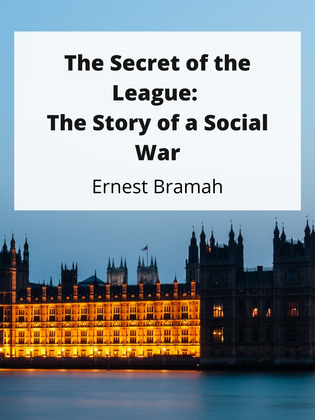 The Secret of the League

In the fictional British history depicted in the book, the Labour Party wins an overwhelming majority in general elections and sets up a government. They do not institute a full Socialist economy, but they do constantly raise wages, heavily tax the upper classes and create a large government bureaucracy. In foreign policy, the Labour Government takes a conciliatory policy towards other powers and curtails military spending.

A powerful upper-class cabal (the "League" of the title), whose members feel that "the country is going to the dogs", makes careful secret preparations for overthrowing the government. Over two years they secretly hoard large quantities of fuel oil and convert coal-burning plants to oil-burning. Then, they suddenly announce a consumer strike against the coal industry - at the time, a central pillar of the British economy - and cause large-scale unemployment and distress among coal miners and secondary industries dependent on coal. This culminates in civil war, in which the upper class conspirators gain foreign help and emerge victorious.

Once in power, they forcibly dismantle the trade unions and institute a "strong" non-parliamentary regime in many ways resembling the Fascist regimes which arose decades after the book's publication. As mentioned, the members of the League are the heroes of the story and their acts are depicted as positive and worthy. (Source: Wikipedia)