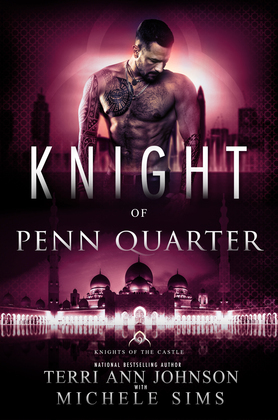 Following an undercover FBI sting operation that didn?t go as planned, Agent Mateo Lopez is ready to put the government agency in his rearview mirror.

A confirmed workaholic, his career soared at the cost of his love life which had crashed and burned until mutual friends arranged a date with beautiful, sharp-witted, Rachel Jordan, a rising star at a children's social services agency.

Unlucky in love, Rachel has sworn off romantic relationships, but Mateo finds himself falling for her in more ways than one. When trouble brews in one of Rachel?s cases, he does everything in his power to keep her safe?even if it means resorting to extreme measures.

Will the choices they make bring them closer together or cost them their lives?

DON'T MISS the hot new standalone series, Knights of the Castle. The Kings of the Castle made them family, but the Knights will transform the world.


Did you miss The Kings of the Castle? "They are so expertly crafted and flow so well between each of the books, it?s hard to tell each is crafted by a different author. Very well done!" - Lori H.., Goodreads


ABOUT THE KINGS OF THE CASTLE SERIES
Each King book is a standalone, NO cliffhangers

USA Today, New York Times, and National Bestselling Authors work together to provide you with a world you'll never want to leave. The Castle.

Fate made them brothers, but protecting the Castle, each other, and the women they love, will make them Kings. Their combined efforts to find the current Castle members responsible for the attempt on their mentor?s life, is the beginning of dangerous challenges that will alter the path of their lives forever.

These powerful men, unexpectedly brought together by their pasts and current circumstances, will become a force to be reckoned with.