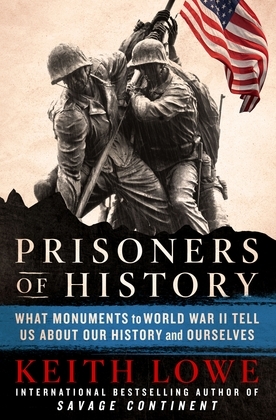 A look at how our monuments to World War II shape the way we think about the war by an award-winning historian.

Keith Lowe, an award-winning author of books on WWII, saw monuments around the world taken down in political protest and began to wonder what monuments built to commemorate WWII say about us today. Focusing on these monuments, Prisoners of History looks at World War II and the way it still tangibly exists within our midst. He looks at all aspects of the war from the victors to the fallen, from the heroes to the villains, from the apocalypse to the rebuilding after devastation. He focuses on twenty-five monuments including The Motherland Calls in Russia, the US Marine Corps Memorial in the USA, Italy?s Shrine to the Fallen, China?s Nanjin Massacre Memorial, The A Bomb Dome in Hiroshima, the balcony at Yad Vashem in Jerusalem and The Liberation Route that runs from London to Berlin.

Unsurprisingly, he finds that different countries view the war differently. In monuments erected in the US, Lowe sees triumph and patriotic dedications to the heroes. In Europe, the monuments are melancholy, ambiguous and more often than not dedicated to the victims. In these differing international views of the war, Lowe sees the stone and metal expressions of sentiments that imprison us today with their unchangeable opinions. Published on the 75th anniversary of the end of the war, Prisoners of History is a 21st century view of a 20th century war that still haunts us today.