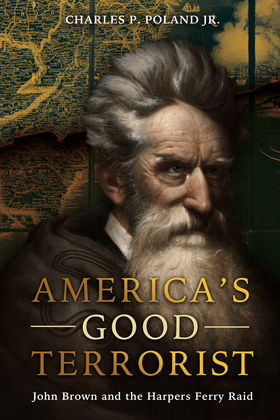 John Brown is a common name, but the John Brown who masterminded the failed raid at Harpers Ferry was anything but common. His failed efforts have left an imprint upon our history, and his story still swirls in controversy. Was he a madman who felt his violent solution to slavery was ordained by Providence or a heroic freedom fighter who tried to liberate the downtrodden slave? These polar opposite characterizations of the violent abolitionist have captivated Americans. The prevailing view from the time of the raid to well into the twentieth century—that his actions were the product of an unbalanced mind—has shifted to the idea that he committed courageous acts to undo a terrible injustice.

The debate still rages, but not as much about his ultimate goal as the method he used in attempting to right what he considered an intolerable wrong. Are citizens justified in bypassing the normal legal or governmental processes in a violent way when they fail, in the eyes of the dissenter, to correct a wrong that touched so many? Brown’s use of violence was to strike terror in the heart of slave owners, terror that Brown hoped would intimidate them to free their slaves to ensure their families’ safety.

Despite the differences between modern terrorist acts and Brown’s own violent acts, when Brown’s characteristics are compared to the definition of terrorism as set forth by scholars of terrorism, he fits the profile. Nevertheless, today Brown is a martyred hero who gave his life attempting to terminate the evil institution of human bondage. Brown’s violent method of using terrorism to accomplish this is downplayed or ignored, despite being labeled by historians as America’s first terrorist. The modern view of Brown has unintentionally made him a "good terrorist," despite the repugnance of terrorism that makes the thought of a benevolent or good terrorist an oxymoron.

This new biography covers Brown's background and the context to his decision to carry out the raid, a detailed narrative of the raid and its consequences for both those involved and America; and an exploration of the changing characterization of Brown since his death.