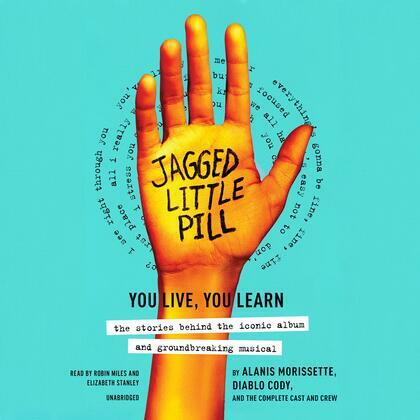 The official behind-the-scenes look at the powerful new musical based on Alanis Morissette's cult classic album Jagged Little Pill.Celebrating its 25-year anniversary in 2020, singer-songwriter Alanis Morissette's Grammy-Award winning album Jagged Little Pill has come to define a generation. In the "triumphant and moving" (Variety) Broadway musical of the same name, Morissette's iconic numbers-including smash hits like "Ironic," "You Oughta Know," and "Hand in My Pocket,"-are paired with new songs by the beloved musician and a powerful original story by Academy Award-winning writer Diablo Cody (Juno). Hailed as "urgent, wildly entertaining, and wickedly funny" (The Boston Globe) and "joyful and redemptive, rousing and real" (The New York Times), the Jagged Little Pill musical is a poignant and emotionally revelatory experience that is speaking to audiences across generations. Now, for the first time, this book will take you behind the scenes with stunning photography, original in-depth interviews with the cast, crew, Alanis Morisette, and Diablo Cody, and an introduction from Morissette herself on the album's genesis and journey from release to acclaimed musical-including details and anecdotes on her collaboration on the show. Including the full annotated libretto and a retrospective look at Alanis's artistic influences and the significance of the album within the cultural context of the 90s as well as its long-term impact on the music world as we know it, this beautifully rendered book is a must-have keepsake for anyone who has been touched by this production or Morissette's music.