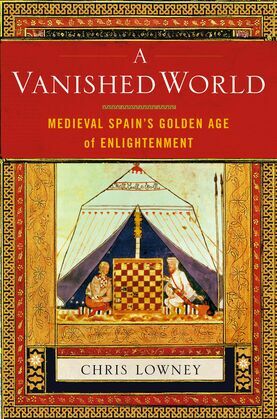 In a world troubled by religious strife and division, Chris Lowney's vividly written book offers a hopeful historical reminder: Muslims, Christians, and Jews once lived together in Spain, creating a centuries-long flowering of commerce, culture, art, and architecture.

In 711, a ragtag army of Muslim North Africans conquered Christian Spain and launched Western Europe's first Islamic state. In 1492, Ferdinand and Isabella vanquished Spain's last Muslim kingdom, forced Jews to convert or emigrate, and dispatched Christopher Columbus to the New World. In the years between, Spain's Muslims, Christians, and Jews forged a golden age for each faith and distanced Spain from a Europe mired in the Dark Ages.

Medieval Spain's pioneering innovations touched every dimension of Western life: Spaniards introduced Europeans to paper manufacture and to the Hindu-Arabic numerals that supplanted the Roman numeral system. Spain's farmers adopted irrigation technology from the Near East to nurture Europe's first crops of citrus and cotton. Spain's religious scholars authored works that still profoundly influence their respective faiths, from the masterpiece of the Jewish kabbalah to the meditations of Sufism's "greatest master" to the eloquent arguments of Maimonides that humans can successfully marry religious faith and reasoned philosophical inquiry. No less astonishing than medieval Spain's wide-ranging accomplishments was the simple fact its Muslims, Christians, and Jews often managed to live and work side by side, bestowing tolerance and freedom of worship on the religious minorities in their midst.

A Vanished World chronicles this impossibly panoramic sweep of human history and achievement, encompassing both the agony of jihad, Crusades, and Inquisition, and the glory of a multicultural civilization that forever changed the West. One gnarled root of today's religious animosities stretches back to medieval Spain, but so does a more nourishing root of much modern religious wisdom.