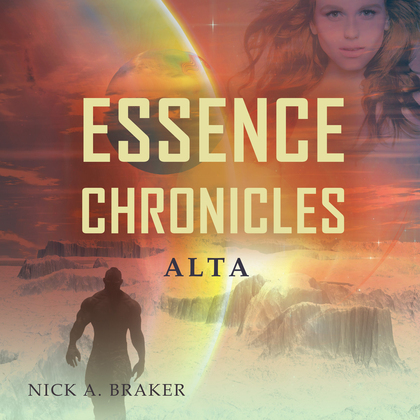 Troy is no longer himself. Kidnapped by the aliens known as Pirans, infected with the essence of the dead General Tohmas, Troy grasps at his only hope of survival. He merges his soul with the alien parasite trying to possess him, leaving him forever changed?and not entirely for the worse. Once plagued by crippling phobias, Troy is now fearless, willing to fight his enemies with his bare hands.

But with this new strength also comes a new weakness: women. Tohmas was notorious for his insatiable desires, and Troy finds himself constantly resisting temptation?especially the gorgeous, manipulative Alta. Although Alta has convinced the Pirans she?s helping them prepare to battle the murderous Reptaurens, she?s actually meticulously planning to steal their ultimate power source and then abandon them to their fate.

Alta won?t hesitate to kill anyone in her way, and her deep love for Tohmas is Troy?s only advantage. He convinces Alta that Tohmas has taken full control of his being and thus keeps her trust and his life.

While Alta schemes, Troy covertly struggles to save the Pirans and prevent the Reptaurens from invading Earth?but first he must wrest back control of his own soul.