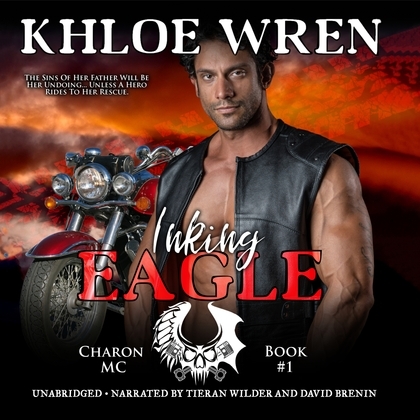 The sins of her father will be her undoing ? unless a hero rides to her rescue.

As the 15th anniversary of the 9/11 attacks nears, Silk struggles to avoid all reminders of the day she was orphaned. She?s working hard in her tattoo shop, Silky Ink, and working even harder to keep her eyes and her hands off her bodyguard, Eagle. She?d love to forget her sorrows in his strong arms.

But Eagle is a prospect in the Charon MC, and her uncle is the VP. As a Daughter of the Club, she?s off limits to the former Marine. But not for long. As soon as he patches in, he intends to claim Silk for his old lady. He?ll wear her ink, and she?ll wear his patch.

Too late, they learn that Silk?s father had dark secrets, ones that have lived beyond his grave. When demons from the past come for Silk, Eagle will need all the skills he learned in the Marines to get his woman back safe, and keep her that way.