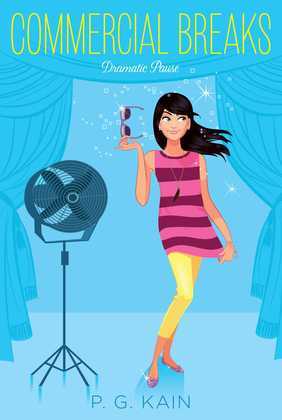 Will commercial fame crush a tween's hopes of serious stardom?

Isabel Marak Flores has appeared in dozens of independent films and recently received glowing reviews for her role in a small Off-Broadway show. When an agent sees her on stage and suggests she go out for some commercial work, Isabel declines. How can a serious actress appear in television commercials for cupcake-scented deodorant and other silly products? However, when Isabel's parents tell her that they can't afford the tuition for the world-famous dramatic academy she has her heart set on, a few commercial auditions don't seem so bad. She just has to make sure her new crush, the adorable but slightly smug, Preston Banner III, doesn't find out about any of it. If he does, he might not be waiting for her in the wings after they play their scene from Romeo and Juliet for the Actor's Studio benefit.

Isabel books a spot for a new energy drink which will only air in Japan. Seems perfect, but then she learns that the energy drink, HappyWow, is coming to America--and her face is about to be plastered on billboards, displayed in magazines, and looped endlessly on television.

Can this serious actress learn how to enjoy life and not take everything quite so seriously during her brief dramatic pause?