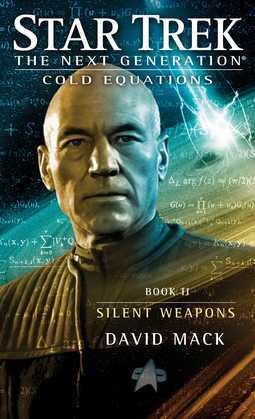 Book Two in the New York Times bestselling Cold Equations trilogy set in the expanded universe of Star Trek: The Next Generation!

A WAR OF LIES
Three years after the disastrous final Borg Invasion, a bitter cold war against the Typhon Pact has pushed Starfleet?s resources to the breaking point. Now the rise of a dangerous new technology threatens to destroy the Federation from within.

Captain Jean-Luc Picard and the Enterprise crew answer a distress call from an old friend, only to become targets in a deadly game of deception. To protect a vital diplomatic mission, they must find a way to identify the spies hiding in their midst, before it?s too late.

But Worf soon realizes the crew?s every move has been predicted: Someone is using them as pawns. And the closer they get to exposing their enemy, the deeper they spiral into its trap?