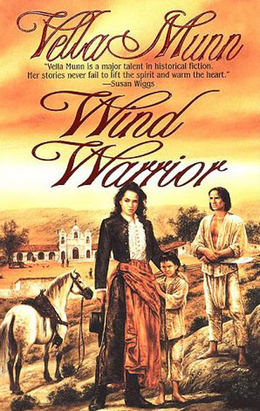 The Chumash tribe dwelled in harmony with the land, worshiping their gods and spirits. In the 1880s the Spanish drove them from their homes, forcibly converted them to Christianity, and made them slaves under priests and military commanders.
A colonel in the Spanish army moves his wife and his daughter, Lucita, to the rough life of a Catholic mission in Alta California. On the journey to the mission, Lucita glimpses a half-naked Chumash warrior and is overwhelmed by the power of his gaze.
Black Wolfe, once a captive of the priests, knows that the new garrison has come to hunt him down, for he gravely wounded one of the mission guards. He does not understand why he showed himself to the Spanish woman, but something about her draws him near.
Lucita's father demands that she marry a Spanish businessman. But at Black Wolf's side Lucita discovers that there is more than one kind of faith in the world, and that love can be a bridge uniting two very different hearts.