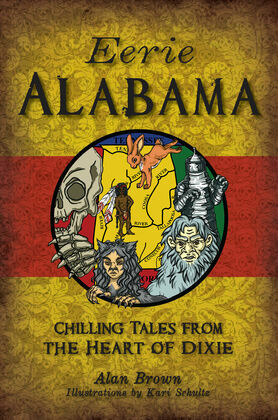 Mysterious creatures, strange happenings and ghost stories. Alabama has them all and more - despite its glorious depictions.

Alabama claims an abundance of fascinating mysteries and legends despite being known for its antebellum mansions and sunny beaches, . The White Thang is a Sasquatch-like creature that has terrorized Alabamians for generations. For a brief period in the 1980s, Needham gained national attention because of its "crying pecan tree." In 1854, a farmer named Orion Williamson simply vanished in a field in Selma. From the aquatic beast known as the Coosa River Monster to the story of the Leprechaun of Mobile, these stories have evolved over generations. Author and ghost-story guru Alan Brown presents some of the strangest stories from this collective tradition.