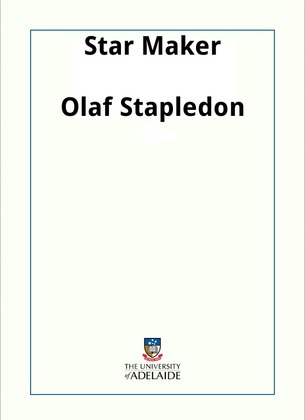 "Star Maker is a science fiction novel by British writer Olaf Stapledon, published in 1937. The book describes a history of life in the universe, dwarfing in scale Stapledon's previous book, Last and First Men (1930), a history of the human species over two billion years. Star Maker tackles philosophical themes such as the essence of life, of birth, decay and death, and the relationship between creation and creator. A pervading theme is that of progressive unity within and between different civilizations. Some of the elements and themes briefly discussed prefigure later fiction concerning genetic engineering and alien life forms. Sir Arthur C. Clarke considered Star Maker to be "probably the most powerful work of imagination ever written", and Brian W. Aldiss called it "the one great grey holy book of science fiction"." (Wikipedia)