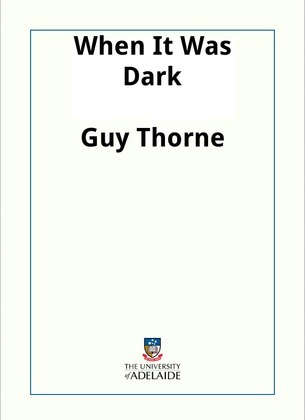 When It Was Dark

When It Was Dark: The Story of a Great Conspiracy / Guy Thorne

"When It Was Dark: The Story of a Great Conspiracy (1903) is a best selling Christian novel by English author Guy Thorne, in which a plot to destroy Christianity by falsely disproving the Resurrection of Jesus leads to moral disorder and chaos in the world until it is exposed as a fraud.

The title is a reference to the bible verse John 20:1, "The first day of the week cometh Mary Magdalene early, when it was yet dark, unto the sepulchre, and seeth the stone taken away from the sepulchre." (King James Bible), which describes the account of Mary Magdalene witnessing the absence of Christ's body in the sepulchre. Although commercially successful, it has been criticized as being anti-Semitic." (Wikipedia)