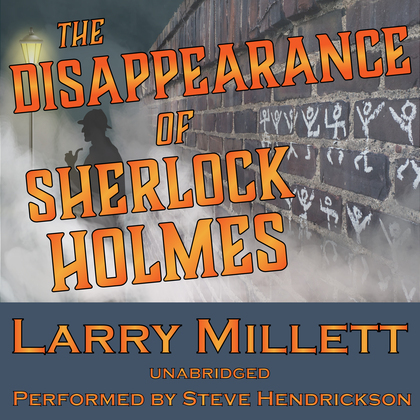 The Disappearance of Sherlock Holmes

A letter, written in a secret cipher he recognizes all too well, reveals that an old foe of Holmes?a murderer he once captured after an incredible duel of wits?is back, has kidnapped his previous victim?s widow, and is now impersonating Holmes himself. Holmes must once again match wits with a particularly cunning adversary, one whose hatred of Holmes has seemingly become the killer?s single greatest obsession.

Chasing the kidnapper from London to New York to Chicago, Holmes and Watson race to keep up. Every move Holmes makes is expected; every trap proves elusive. Only with the assistance of his American cohort, the saloonkeeper Shadwell Rafferty, can Holmes hope to settle the score once and for all?or be framed for the crime himself.