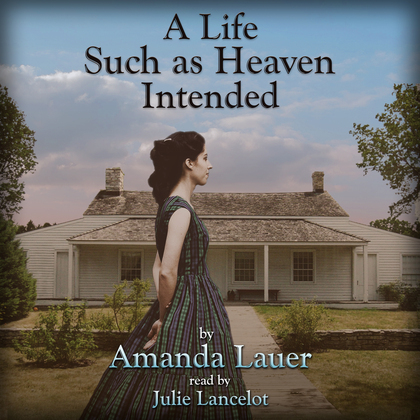 A Life Such As Heaven Intended

The Civil War rages around her, yet Brigid McGinnis has her life planned out. That was, until she stumbles across an unconscious Confederate soldier on her father?s property.

A blow to the head stole Dominic Warner?s memory. The beautiful fraulein who nurses him back to health steals something even more important?his heart.

For political and societal reasons, Brigid and Dominic must go their separate ways. They each get caught up in the war and put their lives on the line to remain true to the values and faith they share. Follow Brigid and Dominic from the battlefields surrounding Atlanta, along slave escape routes, to Little Rock, and eventually to the plains of Eastern Texas, as they learn to trust, forgive, love, and surrender to a plan greater than their own.