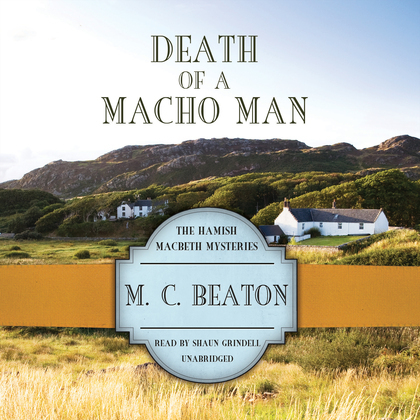 Death of a Macho Man

If you haven?t already fallen in love with this internationally acclaimed series by M. C. Beaton, then this cunningly crafted mystery will do the trick. Loaded with authentic Scots dialog vivid enough to make you smell the heather-scented air, Death of a Macho Man is Beaton at her best.

Hamish Macbeth?Lochdubh?s one-man police force?has suddenly become a prime murder suspect when a belligerent newcomer turns up dead. To save his career, Macbeth must delve into this Macho Man?s unsavory past.

Suddenly, suspects are everywhere: a salty fisherman, a reclusive romance writer, a respectable matron, a restauranteur?s wife, and even Hamish?s ex-fiancee Priscilla Halburton-Smythe and her newest boyfriend.