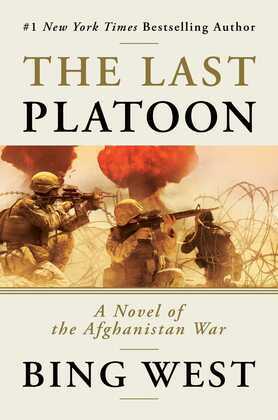 As seen on CBS This Morning Saturday!

A platoon of Marines and CIA operatives clash in a fight to the death with the drug lords and the Taliban, while in Washington, the president seeks a way out.

A small team of CIA operatives and Marines commanded by Captain Diego Cruz are protecting a tiny base in Helmand—the most violent province in Afghanistan. In a series of escalating fights, Cruz must prove he is a combat leader, despite the growing disapproval of the colonel in overall charge. At the same time, the president has ordered the CIA to capture a drug lord. But with a fortune in heroin at stake, the Taliban joins with the drug lord to wipe out the base. As the president negotiates a secret deal, Cruz must rally the Marines to make a last stand. Bringing you into America’s longest war with vivid immediacy, The Last Platoon portrays how leaders rise or wilt under intense pressure. A searing, timeless story of moral conflict, savage combat, and feckless politics.