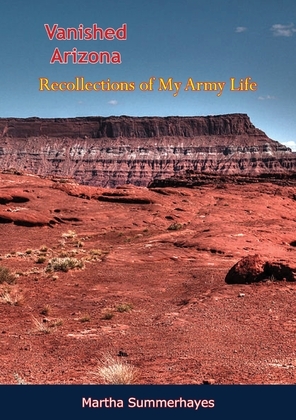 ?Written by the wife of an Army officer stationed in Arizona from 1874 to 1878, Vanished Arizona provides a clear picture of life on the frontier and the hardships faced by both the men and the women.?? Shelly Dudley, True West Published On: 2012-01-10

"Vanished Arizona is a classic and highly recommended to all those readers?even those keeping drug stores?who want to learn more about the distaff side of Army life during the late nineteenth century."?Roger D. Cunningham, Journal of America's Military Past

A lady, the desert, the army and the Apaches

This is the account of the life of a young army wife who followed her husband-a second lieutenant of infantry?after the turbulent years of the American Civil War, in which he had served, to what was considered the wildest and most remote of frontier outposts in the American south west. Life within the Army in Arizona came as something of a cultural shock to this gentle lady of New England who knew nothing of housekeeping-indeed she did not even know how to pack. This absorbing book takes us together with its author on a rites of passage experience as she lived, travelled, camped and came to have affection for the untamed land. Her husband was constantly engaged in campaigns against the Apache and Martha Summerhayes experience of them in peace and war also adds flavour to this unforgettable life of a woman in frontier day.?Print ed.