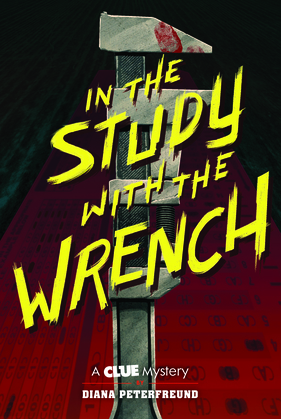 In the Study with the Wrench

The thrilling sequel to the book that Kirkus Reviews called ?ingeniously plotted and vastly entertaining,? inspired by the classic board game CLUE!

In the aftermath of Headmaster Boddy?s murder, Blackbrook Academy has been thrown into complete disarray. Half the student body hasn?t bothered to return to campus?but those who have include Orchid, Vaughn, Scarlett, Peacock, Plum, and Mustard, now warily referred to by the other students as the Murder Crew. When another staff member is found dead and an anonymous threat begins to target the group, each of the teen?s opportunistic reasons for sticking around come to light. Orchid?s identity comes under question while Vaughn?s family life takes a turn; Finn and Mustard grow closer; and Scarlett and Beth struggle to turn over new leaves. All of this comes to a dramatic head at Tudor House, with a cliff-hanger that will leave readers eager for the final installment in the series.