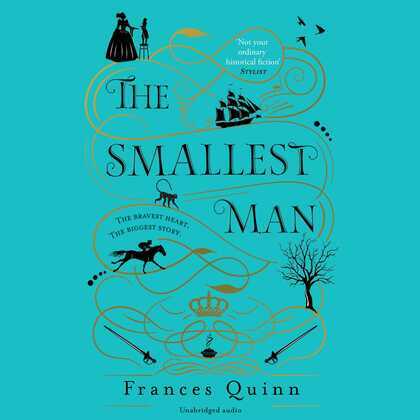 ‘I want you to remember something, Nat. You’re small on the outside. But inside you’re as big as everyone else. You show people that and you won’t go far wrong in life.’

A compelling story perfect for fans of The Doll Factory, The Illumination of Ursula Flight and The Familiars.

My name is Nat Davy. Perhaps you’ve heard of me? There was a time when people up and down the land knew my name, though they only ever knew half the story.

The year of 1625, it was, when a single shilling changed my life. That shilling got me taken off to London, where they hid me in a pie, of all things, so I could be given as a gift to the new queen of England.

They called me the queen’s dwarf, but I was more than that. I was her friend, when she had no one else, and later on, when the people of England turned against their king, it was me who saved her life. When they turned the world upside down, I was there, right at the heart of it, and this is my story.

Inspired by a true story, and spanning two decades that changed England for ever, The Smallest Man is a heartwarming tale about being different, but not letting it hold you back. About being brave enough to take a chance, even if the odds aren’t good. And about how, when everything else is falling apart, true friendship holds people together.