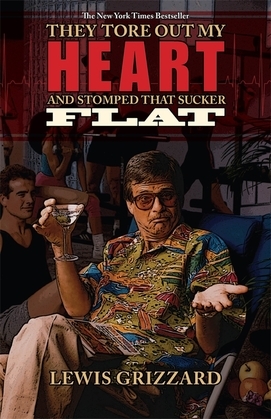 They Tore Out My Heart and Stomped That Sucker Flat

They Tore Out My Heart and Stomped That Sucker Flat, first published in 1982, has sold more than 100,000 copies. Without skipping a beat, one of America's favorite humorists, the late Lewis Grizzard, tells of the early stirrings of his wayward heart in the backseat of a '57 Chevy and the ominous murmurings that led him at age thirty-five to major surgery and the real answer to his question, "How much is this going to hurt?" In the process he discovers all the ways a heart can break. Young love. Three marriages. His father's death. And why his entire future suddenly depended on a little pig. He tells the truth -- the whole truth -- the kind that has readers laughing through their tears. United Press International said, "It makes you feel good to know a person can face the tubes, wires, knives and needles of major heart surgery and make you laugh about it -- hilarious!"