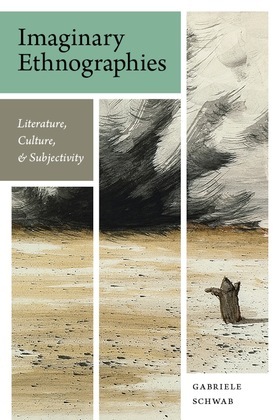 by Gabriele Schwab (Author)
Non-Fiction Literary essays
EPUB
unlimited loans, One at a time
Details
Through readings of iconic figures such as the cannibal, the child, the alien, and the posthuman, Gabriele Schwab unpacks literary explorations at the boundaries of the human. Treating literature as a dynamic process that “writes culture,” makes the abstract particular and local, and situates us within the world, she pioneers a compelling approach to analyzing literary texts and their production of meaning, knowledge, and society.

Schwab’s interdisciplinary study draws on anthropology, philosophy, critical theory, and psychoanalysis to trace literature’s profound impact on the cultural imaginary. Following a new interpretation of Derrida’s and Levi-Strauss’s famous controversy over the indigenous Nambikwara, Schwab develops readings of imaginary encounters between east and west in the novels of Pearl S. Buck, Italo Calvino’s Invisible Cities, and Ulrike Ottinger’s film Johanna d’Arc of Mongolia (1989). She examines the portrayal of sexual capture and cannibalism in Juan José Saer’s The Witness and Marianne Wiggins’ John Dollar; the anxiety over the fate of children in Richard Powers’ futuristic Operation Wandering Soul; the representation of personhood, agency, and power in Octavia Butler’s Xenogenesis; and the fascination with primitivism and the cultural other in Franz Kafka’s “The Wish to Be a Red Indian,” and Leslie Marmon Silko’s “Yellow Woman.” Schwab concludes with an exploration of discourses on the posthuman, using Samuel Beckett’s “The Lost Ones” and its imagining of a future lived under the conditions of minimal life. Consulting a wide range of critical theories, Schwab engages the productive intersections between literary studies and anthropology and remakes our understanding of the power of literature to shape culture, subjectivity, and life.