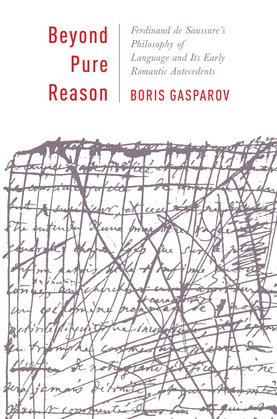 by Boris Gasparov (Author)
Non-Fiction Human Science Language arts & disciplines Linguistics
EPUB
unlimited loans, One at a time
Details
The Swiss linguist Ferdinand de Saussure (1857–1913) revolutionized the study of language, signs, and discourse in the twentieth century. He successfully reconstructed the proto-Indo-European vowel system, advanced a conception of language as a system of arbitrary signs made meaningful through kinetic interrelationships, and developed a theory of the anagram so profound it gave rise to poststructural literary criticism.

The roots of these disparate, even contradictory achievements lie in the thought of Early German Romanticism, which Saussure consulted for its insight into the nature of meaning and discourse. Launching the first comprehensive analysis of Saussure’s intellectual heritage, Boris Gasparov links Sassurean notions of cognition, language, and history to early Romantic theories of cognition and the transmission of cultural memory. Several fundamental categories of Saussure’s philosophy of language, such as the differential nature of language, the mutability and immutability of semiotic values, and the duality of the signifier and the signified, are rooted in early Romantic theories of “progressive education” and child cognitive development. Consulting a wealth of sources only recently made available, Gasparov casts the seeming contradictions and paradoxes of Saussure’s work as a genuine tension between the desire to bring linguistics and semiotics in line with modernist epistemology on the one hand, and a “Romantic” awareness of language’s dynamism and its transcendence of the boundaries of categorical reasoning on the other. Advancing a radical new understanding of Saussure, Gasparov reveals aspects of Saussure’s work previously overlooked by both his followers and his postmodern critics.