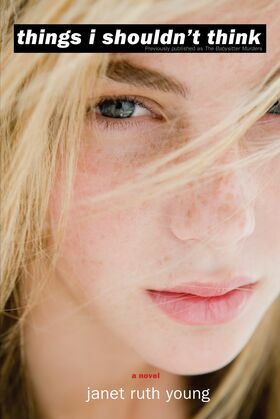 Everyone has disturbing thoughts sometimes. But for seventeen-year-old Dani Solomon, strange thoughts have taken over her life. She loves Alex, the little boy she babysits, more than anything. Then one day she envisions harming him. The images are so gruesome, she can?t get them out of her mind. In fact, Dani?s worried that she might actually kill Alex. So she confesses her thoughts to keep him safe?and consequently sets off a media frenzy that makes ?Dani Death? the target of an extremist vigilante group. Through the help of a daring psychiatrist, Dani begins to heal her broken mind. But will it be too late? The people of her community want justice?and Dani?s learning that some thoughts are better left unsaid.

Janet Ruth Young writes convincingly about mental illness. Dani?s disorder is based on a real form of OCD and her treatment incorporates actual psychiatric methods, making The Babysitter Murders an authentic read that teens won?t be able to put down.