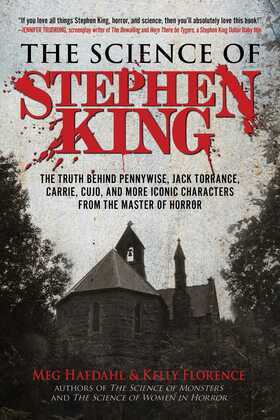 The Science of Stephen King

Uncover the theories behind the Master of Horror's macabre tales: It, The Shining, Carrie, Cujo, Misery, Pet Semetary, and so much more!

Gothic media moguls Meg Hafdahl and Kelly Florence, authors of The Science of Monsters and The Science of Women in Horror, and co-hosts of the Horror Rewind podcast called “the best horror film podcast out there” by Film Daddy, present a guide to the Stephen King stories and characters we all know and love. Through interviews, literary and film analysis, and bone-chilling discoveries, The Science of Stephen King delves into the uniquely horrific Stephen King universe to uncover the science behind the legendary novels that have become an integral part of modern pop culture, answering such questions as:

Join Kelly and Meg as they learn if we all really do float down here!