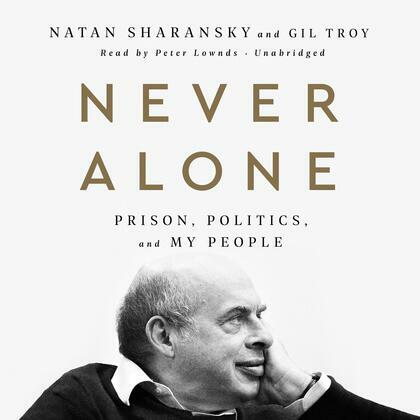 The epic life story of the man who embodied the single-minded fight for personal freedom over a tyrannous enemy; who spent nine years as a political prisoner, nine years as Israeli leader, nine years meeting global Jewry's 21st century challenges, and a lifetime at the center of a great love story.

In the 1970s, while still in his mid-20s, Natan Sharansky became a spokesman for Soviet democracy and emigration activists. In 1977, he was arrested, tried for treason and sent to the Gulag. He spent three years in solitary confinement and was force fed on hunger strikes. In 1986, he was released in a prisoner exchange and was able to join his wife Avital in Israel. Her international crusade on his behalf while he was imprisoned was a magnificent example of devotion As soon as they were reunited, Avital chose to be what was most important to her, a religiously pious wife and mother.

In Israel, Sharansky became active in politics and held major positions in several government positions, including deputy prime minister. He writes that he was a better political prisoner where he refused to compromise than a politician where he was expected to do so. Sharansky's book "The Case for Democracy" became a centerpiece for George W. Bush's second term. He called it the best book of its kind he had ever read. Sharansky's prison memoir "Fear No Evil" was considered a masterpiece of the genre when it was originally published by Random House in 1988. It was released in paperback again by PublicAffairs on an early list. For nine years, Sharansky chaired the Jewish Agency, the organization responsible for supporting recent arrivals in Israel and handling relations with the world-wide Jewish diaspora. In those years, the relations between Israel's right-wing governments and Jews abroad, especially in the United States came under increasing strain.

Sharansky has written a classic account of courage, integrity and life challenges.