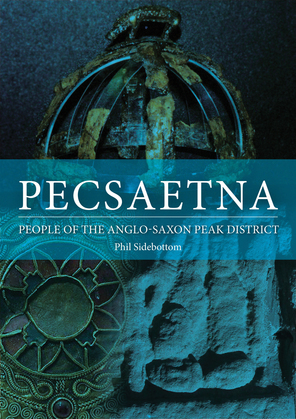 This book is intended to pull together our current knowledge of the ‘lost’ group of people called the Pecsaetna (literally, meaning the ‘Peak Sitters’) by synthesising more recent historical and archaeological research towards a better understanding of their activities, territory and identity. This group of people is shrouded in the mists of the so-called ‘Dark Ages’ and are only known to us by the chance survival of less than a handful of documents.

Since the mid-20th century, valuable work has been done to identify former Anglo-Saxon estates in the Peak from the analysis of charters and from the Domesday survey, together with recent wider historical analysis. In addition, some have also attempted reconstructions of geographical territories from the Tribal Hidage, the document, which first mentions the Pecsaetna. To this historical analysis can be added further archaeological evidence which ranges from Anglo-Saxon barrow investigation in the limestone Peak District, to studies into the geographical distributions of free-standing stone monuments of the Anglo-Saxon and Anglo-Scandinavian periods. It is this latter study that has prompted the writer to attempt this study.