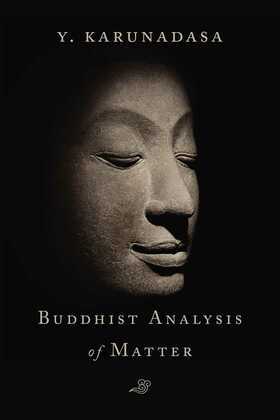 The Buddhist Analysis of Matter

A fluent English explanation of the Theravada Buddhist analysis of matter for serious students of Buddhist thought.

In order to bring the subject into a wider perspective, and for more precision, Karunadasa considers the (non-Theravada) Vaibhasika and Sautrantika schools of Buddhism—two of the leading non-Mahayana schools with whom the Theravadins had much in common, both of which subscribed to a realistic view of existence—as well as later sources such as the post-canonical commentaries and related literary sources of Theravada Buddhism.

This book gives us the first clear picture of the Buddhist analysis of matter as such. Earlier works on this subject have tended to focus on the broad philosophical implications arising from the Buddhist theory of matter and were based more on earlier sources, such as the Pali canonical texts. The Buddhist Analysis of Matter provides a much-needed micro view of the topic with a detailed examination of the Theravadins’ list of rupa-dammas—the ultimate irreducible factors into which material existence is analyzed. It exposes the basic material elements into which the whole of material existence is resolved and explains their interconnection and interdependence on the basis of conditional relations. It concludes with an understanding of the nature and relevance of the Buddhist analysis of matter in the context of Buddhism as a religion.