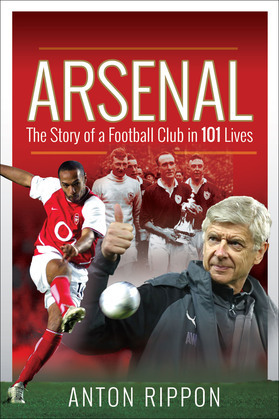 Arsenal: The Story of a Football Club in 101 Lives tells the history of the Gunners through the biographies of key individuals associated with the club from its formation in the gas-lit days of Victorian Britain through to the present day.

From David Danskin, the Scottish mechanical engineer and footballer who was the driving force behind the team raised at Dial Square, a workshop at the Royal Arsenal in Woolwich, to Arsene Wenger, the longest-serving and most successful manager in Arsenal’s history. The in-depth stories of the characters – players, managers, chairmen – here paint a fascinating picture of how the club – indeed, the game of football itself – has developed from workers playing for fun to today’s multi-million-pound business.