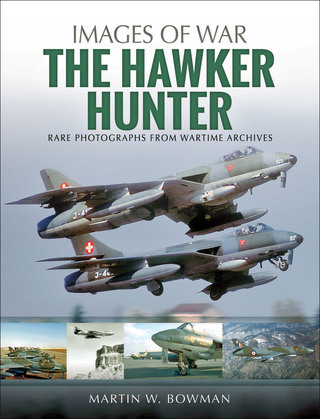 If ever there was a real pilot's airplane it was the Hunter; an outstanding multipurpose aircraft which excelled in the roles of interceptor fighter, ground attack, reconnaissance, research vehicle and two-seater trainer, not forgetting its dramatic formation aerobatic performances.

The Hunter is one of the world's greatest aircraft. For three decades, pilots have enthused about it, extolling the virtues of its smooth, aerodynamic lines, 4 x 30mm cannon, the Rolls-Royce Avon engine, and its outstandingly honest handling characteristics combined with a lively performance. It saw operational deployment in Europe with Fighter Command and 2nd TAF, in Cyprus, the Middle East and the Far East, operating in the ground-attack role against rebels in Aden and Malaysia respectively. The Hunter was a classic thoroughbred of its time, from the stables of one of the finest fighter manufacturers in the world and, for fifty years, its adaptability was rarely challenged.

Although the last example was retired in July 2001, the Hunter legend undoubtedly lives on, with 114 potentially air worthy airframes located in fourteen countries around the world. Here, the legendary tale of the Hunter is told in words and images.