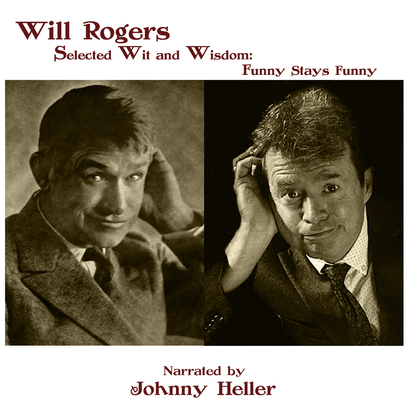 Will Rogers--pithy, political, and plainspoken--was one of the finest entertainers of his generation. As a great American humorist, it was considered an honor to be made fun of by him. By the time of his death in 1935, he had traveled the globe three times, written some four thousand articles, and was one of America's highest-paid film stars.

He began his act in Vaudeville by saying, "All I know is what I read in the papers," while idly swinging a lasso he used for rope tricks. He won the hearts of the American people with his warm smile and swift wit, and poked fun at almost every prominent person of his day while still remaining friendly with every one of them.

This audiobook contains a few selections from his outstanding work, giving you a taste of Will Rogers you'll want to listen to again and again.