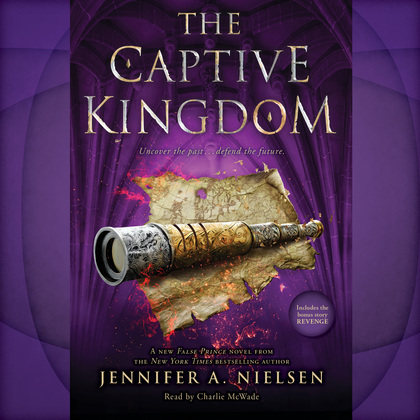 In a peaceful Carthya, Jaron leads as the Ascendant King with Imogen beside him -- but the peace he fought so long for is not
destined to last.
On a routine sea voyage, Jaron's ship is brutally attacked, and he is taken hostage. The mysterious captors and their leader, Jane
Strick, accuse Jaron of unthinkable acts. They are also in possession of some shocking items -- including the crown and sword
that belonged to Jaron's older brother, Darius. The items unearth a past Jaron thought he had put behind him.
Though it seems impossible, Jaron must consider: Could Darius be alive? And what does Strick want from Jaron? Against his will,
Jaron will be pulled back into a fight for the throne -- and a battle to save his kingdom.
Return to Carthya to uncover new secrets, high-stakes action, and Jennifer A. Nielsen's signature breathtaking twists.