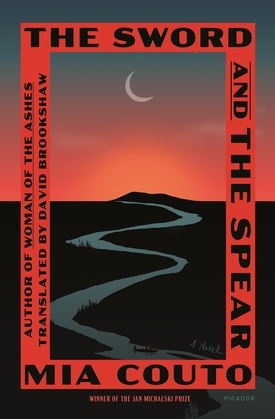 The Sword and the Spear

The second novel in the exhilarating Sands of the Emperor trilogy, following the Man Booker International Prize finalist Woman of the Ashes

Mozambique, 1895. After an attack on his quarters, the defeated Portuguese sergeant Germano de Melo needs to be taken to the hospital. The only one within reach is along the river Inhambane, so his lover Imani undertakes an arduous rescue mission, accompanied by her father and brother. Meanwhile, war rages between the Portuguese occupiers and Ngungunyane's warriors--battles waged with sword and spear, until the arrival of a devastating new weapon destined to secure European domination. Germano wants to start a new life with Imani, but the Portuguese military has other plans for the injured soldier. And Imani's father has his own plan for his daughter's future: as one of Ngungunyane's wives, she would be close enough to the tyrant to avenge the destruction of their village.

With elegance and compassion, Mia Couto's The Sword and the Spear illustrates the futility of war and the porous boundaries between apparently foreign cultures--boundaries of which entire societies, but also friends and lovers, conceive as simultaneously insuperable and in decline.