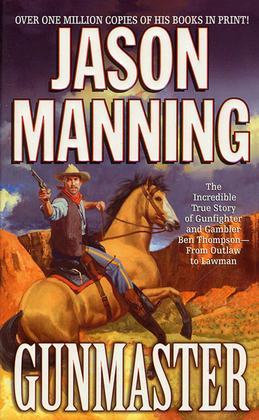 by Jason Manning (Author)
EPUB
52 Loans, 2 years, One at a time
Details

The first shots of the Civil War echoed opportunity to young Ben Thompson: the same traits that had earned him notoriety as a civilian--steady nerves and deadly aim--could win him respect as a soldier. For a while he found it, riding with the famous Second Regiment, Texas Mounted Rifles. But it was in the murderous gambling dens south of the Rio Grande that Ben Thompson made his reputation.

That reputation would follow him for the rest of his life: as he stared down Wild Bill Hickok in the saloons of Abilene, Kansas, as he battled for control of Colorado's railroads alongside Bat Masterson, and as he cleaned up Austin's streets as a tough-as-nails lawman. He only wanted respect for himself and his family, but it seemed that every cowboy looking to make a name would come looking for Ben Thompson...and it seemed all those names ended up marking fresh graves.