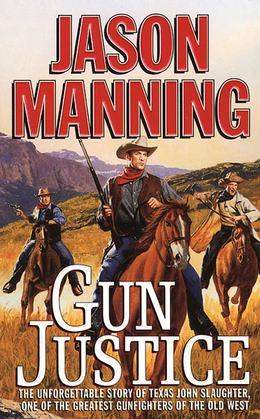 by Jason Manning (Author)
EPUB
52 Loans, 2 years, One at a time
Details

"Texas" John Slaughter was a legendary figure of the Old West, indelibly etched into its history as one of the era's greatest heros-a lawman and cattle rancher with bravery to burn and the smarts to come out on top, even when the odds were stacked against him. As lethal as he was with a gun, Texas John never asked for any trouble-but somehow, trouble always had a way of finding him...

Grazing cattle is where the money is, and Slaughter is determined to carve out his own piece of paradise on a San Bernardino ranch. But along the way, Slaughter will have to fight for what's rightfully his, from his run-ins with clans of greedy rustlers to his time as Tombstone's tin star and his deadly showdown with the notorious Apache Kid. And in the end, when the dust has settled, they will all learn the same deadly lesson: no one walks away from a shootout with Texas John Slaughter.