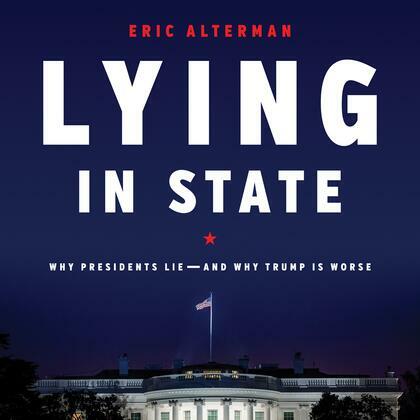 This definitive history of presidential lying reveals how our standards for truthfulness have eroded -- and why Trump's lies are especially dangerous.

If there's one thing we know about Donald Trump, it's that he lies. But he's by no means the first president to do so. In Lying in State, Eric Alterman asks how we ended up with such a pathologically dishonest commander in chief, showing that, from early on, the United States has persistently expanded its power and hegemony on the basis of presidential lies. He also reveals the cumulative effect of this deception-each lie a president tells makes it more acceptable for subsequent presidents to lie-and the media's complicity in spreading misinformation. Donald Trump, then, represents not an aberration but the culmination of an age-old trend.

Full of vivid historical examples and trenchant analysis, Lying in State is essential reading for anyone seeking to understand how we arrived in this age of alternative facts.