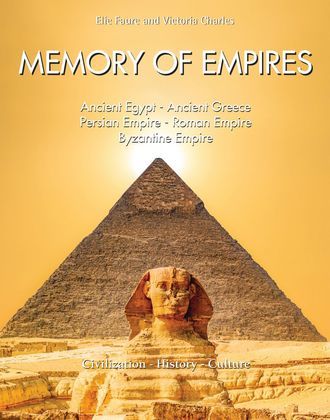 Empires are born. Empires reach their peak. Empires die, but leave their mark through their architecture and artistic achievements. From these specks of dust of memory, 40 centuries of history shape our world of the 21st century. The power of ancient Egypt was followed by the influence of Greece, which brought the Persian East together in the conquests of Alexander the Great. After Cleopatra, the last queen of Egypt, Rome became the power that ruled part of the world, finally dying out in the fall of the Byzantine Empire on 29 May 1453. The authors take the reader on a journey through time and space and highlight the succession of these civilisations that rubbed shoulders, even fought against each other and led us towards a more enlightened humanity.