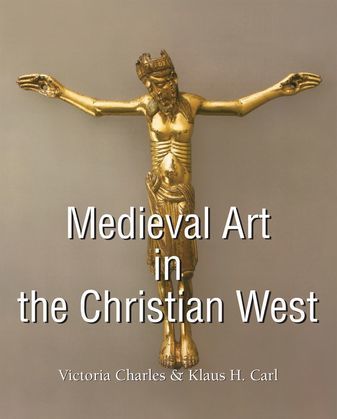 Medieval Art in the Christian West

September 4, 476 A. D. marked the end of the Western Roman Empire. After several centuries of prosperity, Europe sank into chaos. With Charlemagne, a new dynamic begins that of a civilising reconstruction. The Romanesque period is part of the rediscovery of this Roman Empire, lost in memories, but living on in the architectural testimonies of the cities and the countryside. In art history, Romanesque art refers to the period between the beginning of the 11th and the end of the 12th century. This era was characterised by a great diversity of regional schools, each practising their own unique style. In architecture as well as in sculpture, Romanesque art is marked by raw forms. Through its rich iconography and captivating text, this work endeavours to restore the importance of this art which is often overshadowed by the later Gothic style. Gothic art is defined by the powerful architecture of the cathedrals of northern France. It is a medieval art movement that evolved throughout Europe over 200 years. Abandoning curved Roman forms, the architects started using flying buttresses and pointed arches to open cathedrals to daylight. A period of great economic and social change, the Gothic era incorporated new iconography celebrating the Holy Mary -- a drastic contrast to the dismal themes of Roman times. Full of rich changes in all of the various art forms (architecture, sculpture, painting, etc.), Gothic art paved the way for the Italian Renaissance and the International Gothic movement.