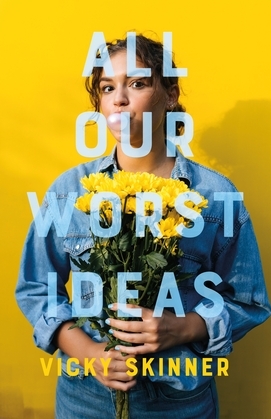 All Our Worst Ideas

Two teens who have nothing in common work together at a record store in All Our Worst Ideas, a powerful and voice-driven YA novel from Vicky Skinner.

When Amy, on her way to becoming valedictorian of her graduating class and getting accepted to her dream school, gets dumped by her long-term boyfriend, she takes a job at a record store to ease the pain. She needs a distraction, badly.

Oliver, Amy?s record store co-worker, isn?t so sure about Amy?his complete opposite?but what he is sure of is his decision not to go to college. He just can?t figure out how to tell his mother.

As they work late-night shifts at the record store, Amy and Oliver become friends and then confidantes and then something more, but when Amy has a hard time letting go of what she thought was her perfect future with her ex, she risks losing the future she didn?t even know she wanted with Oliver.