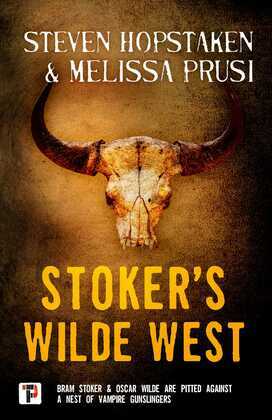 Longlisted for The Guardian's Not the Booker Prize 2020.

Thinking they have put their monster-hunting days behind them, Oscar Wilde and Bram Stoker return to their normal lives. But when their old ally Robert Roosevelt and his nephew Teddy find a new nest of vampires, they are once again pulled into the world of the supernatural, this time in the American West. A train robbery by a band of vampire gunslingers sets off a series of events that puts Bram on the run, Oscar leading a rescue party and our heroes being pursued by an unstoppable vampire bounty hunter who rides a dead, reanimated horse.