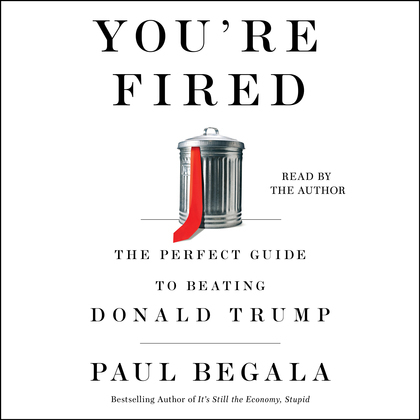 -The special weapons and tactics needed in the unconventional war against this most unconventional politician
-How to drive a wedge?or, rather, a pickup truck?between Trump and many of his supporters, especially blue-collar workers and farmers
-Where the votes to defeat Trump will come from, and how the Rising American Electorate can catch Trump flat-footed
-How Democrats can run on issues ranging from Coronavirus and healthcare to the economy, as well as climate change and Trump’s long-term plan to dominate the federal judiciary
-There is one chapter called simply, “This Chapter Will Beat Trump.” Find out why Begala is so confident and what issue he says will sink the Trumptanic

Full of memorable advice and Begala’s trademark wit, You’re Fired focuses on the lessons we can learn from the party’s successes and failures?and the crucial tools Democrats need to beat Trump.