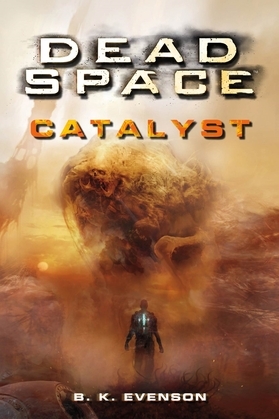 Two hundred and fifty years in the future, extinction threatens mankind. Tampering with dangerous technology from the Black Marker?an ancient alien artifact discovered on Earth eighty years earlier? Earthgov hopes to save humanity. But the Marker's influence reanimates corpses into grotesque rampaging nightmares. Steeped in desperation, deceit, and hubris, the history of the Markers reveals our ominous future?.

Brothers Istvan and Jensi grew up under the poorest dome on Vinduaga. Jensi has always looked after Istvan, who sometimes lashes out in sudden episodes of violent paranoia. When Istvan is sent offworld to a high-security prison, Jensi is determined to follow and find a way to keep his brother safe. But the prison guards a horrible secret, one that will push both brothers to the cusp of something much greater and darker than they ever imagined.