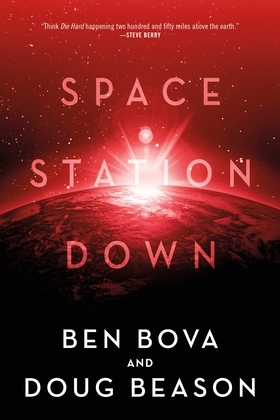 ?Think Die Hard happening two hundred and fifty miles above the earth...Will have you watching the skies overhead much more closely.??Steve Berry

When an ultra-rich space tourist visits the orbiting International Space Station, NASA expects a $100 million win-win: his visit will bring in much needed funding and publicity. But the tourist venture turns into a scheme of terror. Together with an extremist cosmonaut, the tourist slaughters all the astronauts on board the million-pound ISS?and prepares to crash it into New York City at 17,500 miles an hour, causing more devastation than a hundred atomic bombs. In doing so, they hope to annihilate the world?s financial system.

All that stands between them and their deadly goal is the lone survivor aboard the ISS, Kimberly Hasid-Robinson, a newly divorced astronaut who has barricaded herself in a secure area.