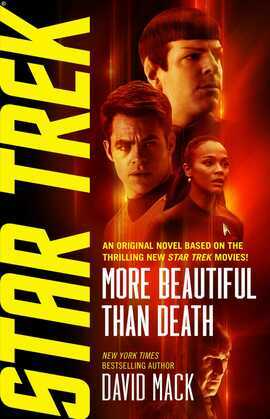 An original novel based on the thrilling new Star Trek movies!

Based on the “Kelvin Universe” movie saga!

Captain James T. Kirk and the Enterprise crew escort Spock’s father, Ambassador Sarek of Vulcan, to a dilithium-rich planet called Akiron. They arrive to find this world under siege by creatures that some of the planet’s denizens believe are demons. Sarek orders Kirk to abandon the mission, but the young captain won’t turn his back on people in danger. After a harrowing encounter with the dark-energy “demons,” Kirk’s belief in a rational universe is challenged by a mystic who insists that it wasn’t coincidence that brought Kirk to Akiron, but the alien equivalent of a Karmic debt.

Meanwhile, aboard the Enterprise, Sarek’s young Vulcan aide L’Nel has a sinister agenda?and its chief objective appears to be the cold-blooded murder of Spock!