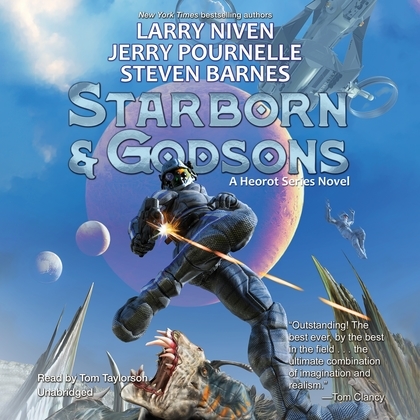 Avalon was thriving. The cold sleep colonists from Earth had settled on a verdant, livable world. The fast and cunning predators humans named "grendels" were under control, and the mainland outposts well established. Avalon's new mainland hydroelectric power station was nearly complete, and when online would compensate for the nuclear power systems lost in the Grendel Wars. Humans would have power, and with power came the ability to make all the necessities for life. They would survive.

They would not survive as a spacefaring people.

What they were losing faster than they knew was the ability to get to space. But unbeknownst to the planet-bound humans, something was moving out there in the stars, decelerating at a rate impossible for a natural object. And its destination was Avalon. The most probable origin was Earth's Solar System.

This is a novel of first contact--between the human Starborn and the self-named Godsons who followed on, between the first generation of Avalon-born humans and their descendants, and between humans and the almost ineffably alien species native to their new world ...