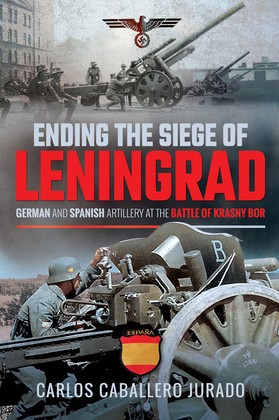 Ending the Siege of Leningrad

The Battle of Krasny Bor in 1943 was part of the Soviet Red Army's efforts to lift the blockade of Leningrad, one of the longest and most destructive in history.

Previous works on the Battle of Krasny Bor have focused primarily on the infantry involved, especially when using veteran testimonies, and the use of artillery has been conspicuously absent.

This book aims to put the reader right in the heart of the battle, describing the action from an artilleryman's point of view, seeing it fundamentally as a duel between the Soviet and German-Spanish soldiers.